Berlin On Your Own 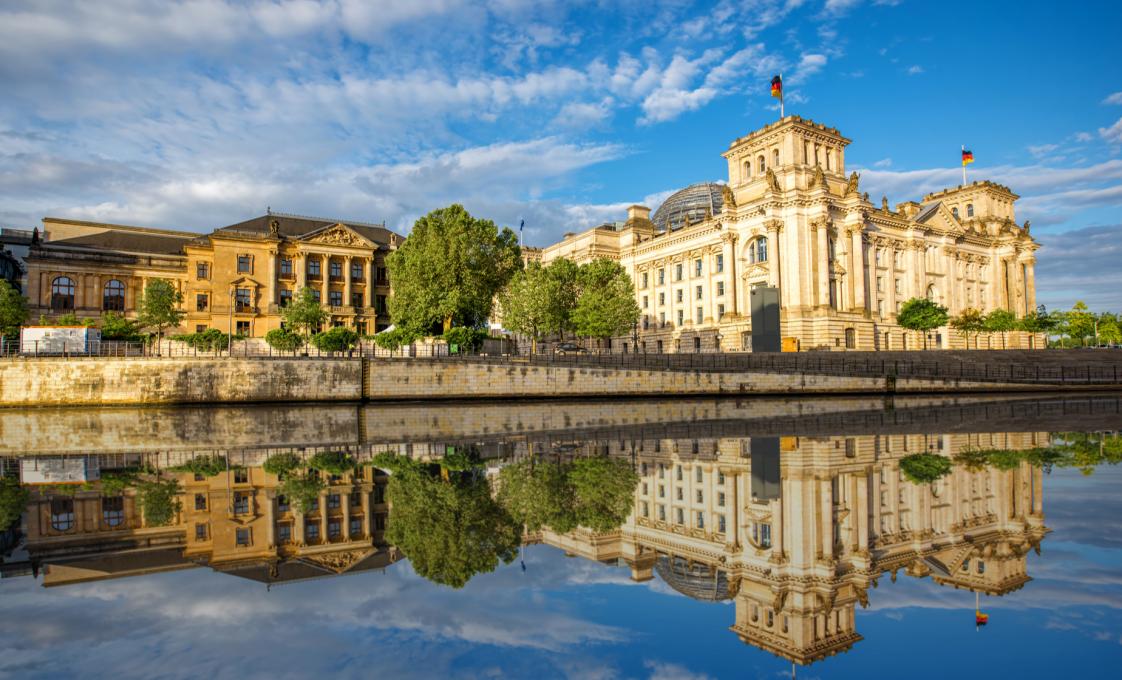 Spend the day exploring Berlin at your own pace with this self-guided tour. Whether it's the impressive imperial grandeur of the Brandenburg Gate you seek, or the somber reflection of the poignant Memorial to the Murdered Jews of Europe, there is plenty to discover in this historic city.

Berlin On Your Own

When many people think of Berlin, they automatically think about World War II and the destruction associated with it. While that dark period is indelibly etched into Berlin's history, the city itself is much more than that. You will have up to 5 hours to discover today's Berlin just as you wish, and how you would like.

Hop on the comfortable coach for a relaxing ride to Berlin. Once you reach the city you will meet your guide in West Berlin at the Charlottenburg Palace and then be let loose to venture out on your own. Alternatively, stay on the coach for an hour to 90 minute introduction to the city and listen as your guide shares some information on Berlin, as well as suggested places to visit, before getting off at the city center.

See Berlin's best sights at your own pace and explore the parts of this cosmopolitan capital city which interest you the most. Whether it's the impressive imperial grandeur of the Brandenburg Gate you seek, or the somber reflection of the poignant Memorial to the Murdered Jews of Europe, there is plenty to discover in this historic city.

Take in the world-class Pergamon museums at Museum Island, or have a relaxing walk along the picturesque boulevard Unter den Linden. See a piece of history at the remains of the Berlin Wall in the East Side Gallery, and enjoy great views of the city from the dome of the Reichstag. Learn about the city's divided past at Checkpoint Charlie, where signs in English, German, and Russian inform you when you have crossed the old American sector. Shop til you drop at Kurfurstendamm, Berlin's glamorous shopping district. The choice is yours on this flexible day trip to Berlin.

The East Central part of Berlin is an artist's haven that will resonate with the hippie and LBGT crowd; this part of the city is undergoing gentrification so is a big draw for students and is the home of the large influx of Turkish immigrants who arrived a few decades ago and put down roots.

The City West district is where you will want to make your way to for upscale shops and dining, Charlottenburg Palace and the Olympic stadium. A visit to the north will offer beautiful, spacious old towns and historic homes while the south is where wealthy neighborhoods mix in with poorer ones. Nature lovers will adore its beautiful lake and pristine forest.

Make your way back to the Charlottenburg Palace at the appointed time to meet your transportation for the return trip to the port and your ship. What are you waiting for? Book your spot now and get ready to discover your Berlin.

We are experts in providing exceptional shore excursions. We understand that in today's fast paced world, vacations have become an increasingly important way to relax, reconnect with family and friends, and experience new and interesting places. With this in mind, we provide the highest quality tours by performing extensive research, and detailed reviews. While other companies also offer excursions, we strongly believe our expertise and approach set us apart. The large cruise lines sell shore excursions - typically in very large groups visiting high traffic sites. We focus on smaller groups visiting more interesting and authentic locations using more personalized local operators. While the cruise lines are experts in delivering cruises, we are experts in delivering shore excursions.

Our Approach
We believe quality service is not only highly valued by customers, but ultimately leads to better experiences and higher satisfaction. Unlike the cruise lines and other tour companies that rely almost entirely on websites, we encourage customers to call us. We want to invest our time answering your questions, providing input, and selecting the excursions that best meet your needs.

Our Tours
Our goal is to provide customers a wide array of exciting, appealing, and enriching tours. For those customers who prefer to travel in smaller groups with more personalized service, we offer a wide variety of small group tours around the world. These tours generally range in size from 2-12 people compared to larger tours which can number up to 50 people. While exploring the destinations and ports on this website, feel free to search for these "Small Group Tours". For those customers interested in private tours, we offer many outstanding excursions that allow you to travel with your party alone and, in many cases, to fully customize your tour. Search for "Private Tours" if you are interested in this experience. Our "Scenic" tours provide up close and personal access to some of the most spectacular natural environments on Earth from majestic glaciers in Alaska to spectacular reefs in the Caribbean. Our "Cultural" tours allow customers to experience local customs, entertainment and culinary delights ranging from tribal dances in Alaska to an outstanding local meal in Santorini, Greece. Our "Active" tours offer a multitude of exciting and adventurous ways to experience our destinations. Our customers can kayak the turquoise waters of the Caribbean, hike to a spectacular waterfall in Hawaii, or bicycle through quaint villages in France. Our "City" tours allow travelers to see the highlights of great cities around the world with unique insights provided by our expert tour guides.

Our People
In our experience, exceptional travel experiences are almost always delivered by exceptional people. With that in mind, we utilize a comprehensive approach to select and employ the leading tour guides and tour providers around the globe. We hold our people to very high standards which we measure by our comprehensive Quality Control process and, most importantly, by our customer feedback, which we will actively seek from each of our customers.

Our Owners
Shore Excursions Group is owned by seasoned travel executives possessing extensive experience across many sectors within the travel industry.

Michael Bonner
Mr. Bonner has over a decade of experience working in the cruise industry in a variety of roles for both Royal Caribbean Cruises Ltd. and Viking River Cruises. Most recently, Mr. Bonner was the Chief Operating Officer for The Scholar Ship, a Royal Caribbean program aimed at providing college students onboard educational programs in conjunction with enriching shore excursions around the world. Mr. Bonner also helped co-manage Viking River Cruises U.S. Operations, and he ran the corporate, strategic, and deployment planning functions at Royal Caribbean. While at Royal Caribbean, Mr. Bonner was responsible for forming Royal Celebrity Tours, Royal Caribbean's land-based tour operation in Alaska, which takes cruise passengers on multiple day tours through the interior of Alaska either before or after their cruises. Prior to working at Royal Caribbean, Mr. Bonner was a consultant for Booz Allen & Hamilton.
Less
from $145.00 (USD)
Per Person
Contact Us
Tour Type
Group
Group Size
Standard
Activity Type(s)
Cultural, Active, Scenic
Tour Duration
12 Hours
Activity Level
Easy
Tour Leaves From
Cruise Ship Pier
Food/Beverage Provided
Not Included
Special Instructions
We recommend wearing casual, comfortable clothing and walking shoes.
Restrictions
Guests must be able to get in and out of transportation. Children of all ages must have their own paid seat. If you are traveling with a child under 3, advanced notice at the time of booking is required. Child seats are mandatory by German law for children under the age of 3. They can be rented for an additional fee (not included), and must be requested in advance at the time of booking. This tour may be able to accommodate collapsible wheelchairs and walkers with advanced notice at the time of booking.
Terms & Disclaimers